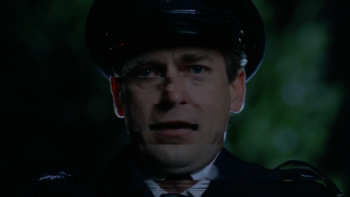 Seeing isn't believing.
Written by Mat Beck
Directed by Rob Bowman
"You may have been right, Scully, at least partly. I think there is a foreign signal being introduced into these people's homes through the television set."
— Fox Mulder

While investigating a series of murders committed by ordinary people suffering sudden fits of paranoia, Scully begins to suspect that Mulder is working with the Conspiracy against her.

"You don't know who manufactured the device you found or what its purpose was."