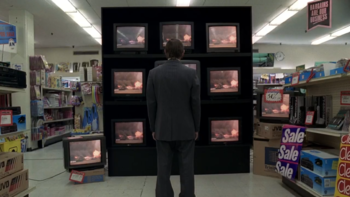 Mulder is called in to serve as a profiler for a string of seemingly unconnected spree killings by different perpetrators. The only thing they have in common is that each killer also destroyed one or more electronic devices at the scene of the crime. Are the murderers the victims of some kind of electronically delivered mind control - and will Mulder be next?