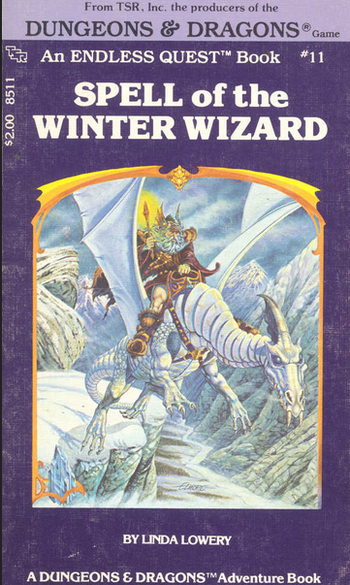 The Endless Quest books are three series of Gamebooks published by TSR between 1982 and 1996. The majority of the books were based on Dungeons & Dragons, while others were based on other TSR properties like Gamma World and Top Secret, or even licensed properties that TSR owned at the time like Conan and Tarzan.

Mirrorstone, a division of Wizards of the Coast, began republishing the Endless Quest series in January 2008, updating the titles and making them gender-neutral.

A related series of gamebooks, initially titled Super Endless Quest but later retitled Advanced Dungeons and Dragons Adventure Gamebook, was published from 1985 to 1988, adding a more complex game system but otherwise shared the same style with the Endless Quest books. Another spinoff, called Heart Quest, focused on female adventurers finding romance while on their quest.