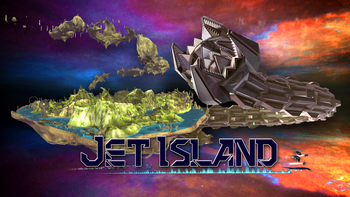 Jet Island is a Virtual Reality game developed by Master Indie, available on Steam for the HTC Vive and Oculus Rift. Players are set loose in an enormous beautiful island to explore via surfing on a jet board, jets built into the players hands, grappling hooks, and charged pistol shots.