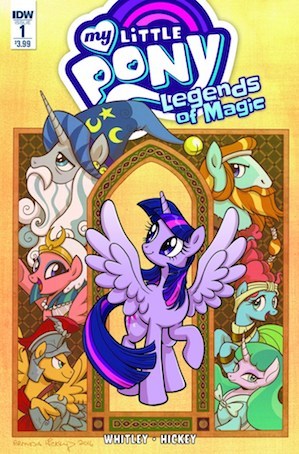 The origins of cutie marks, friendships, magic and more are available in this new ongoing series devoted to revealing the secret history of Equestria! In this opening story arc, we travel back in time to uncover the secrets of Starswirl the Bearded and his magical friends!