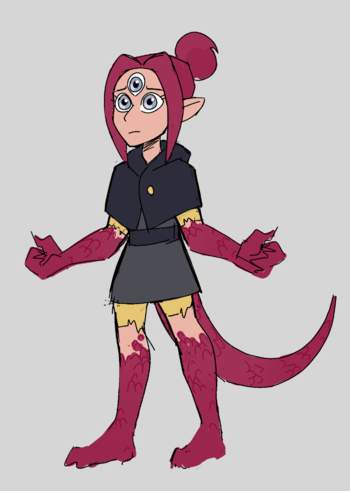 Set after the Grugby game between Luz and Boscha, Boscha is miffed to feel humiliated at her Pyrrhic Victory against Luz Noceda and decides that she needs to do something more to get Luz's friends "stronger".

Unfortunately, her attempts backfire; Principal Bump suspends her for a week and she accidentally burns Skara in her anger.

With trouble on the horizon, the three-eyed witch runs before barreling head first onto a mysterious Train, where she decides that she's going to prove a point to become something better. Stronger. An Apex.

The fanfic can be found here

which describes how Chloe of the Vermillion encountered Lexi in this universe.

This fanfic has an antithesis in the form of Infinity Train: Freezing Point.