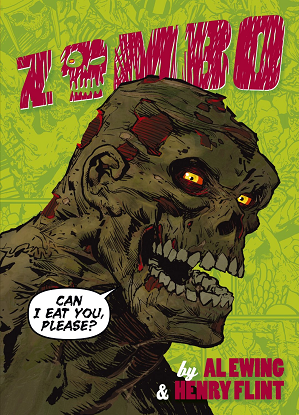 A sci-fi comedy comic from 2000 AD, Zombo's titular character is an experiment in mixing human and zombie DNA, created in an attempt to control the sentient Deathworlds. Obedient and friendly, his hunger for flesh is his only vice.