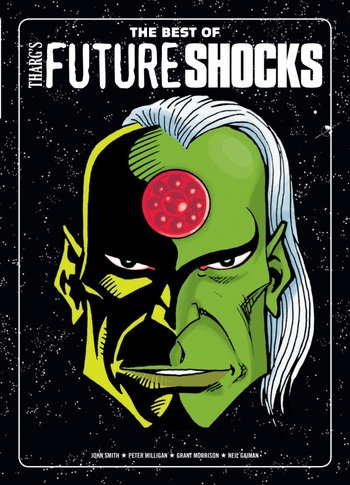 Tharg's Future Shocks is a collection of short comics in the anthology magazine 2000 AD hosted by the Galaxy's Greatest Comic alien editor Tharg. Various writers have contributed to this series, including Alan Moore.

Since there is (usually) no continuity from comic to comic, the subjects differ wildly, but all with a sci-fi bent, and typically ending on a Karmic Twist Ending or Cruel Twist Ending.

There have been a few spin-offs, including Tharg's Terror Tales, covering horror.