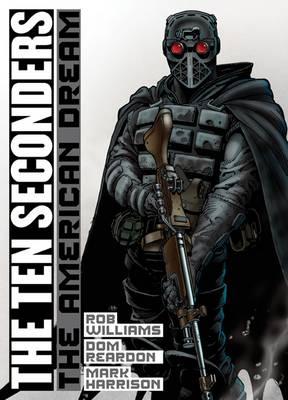 "Do we not hear anything yet of the noise of the gravediggers who are burying God? Do we not smell anything yet of God's decomposition? Gods too decompose."
If you meet a 'God' you expect to just last ten seconds, correct? I only counted to eight.
—Hero
Advertisement:

The series is set in a post-apocalyptic world where super-powered beings, called "Gods", have destroyed human civilization and taken over the planet. The few humans who oppose the "Gods" are dubbed "Ten-Seconders", because that is how long they are expected to last against their other-worldly enemies.