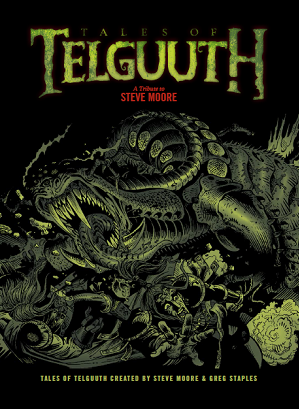 Tales of Telguuth is a Dark Fantasy Anthology Comic series appearing in 2000 AD written by Steve Moore and drawn by a variety of different artists.

Telguuth is "a planet of perverse wonders, lost amid the whirling sun of the Galactic Hub". A High Fantasy Crapsack World where horrors lurk and monsters roam the land, life in this world is often short and brutal.