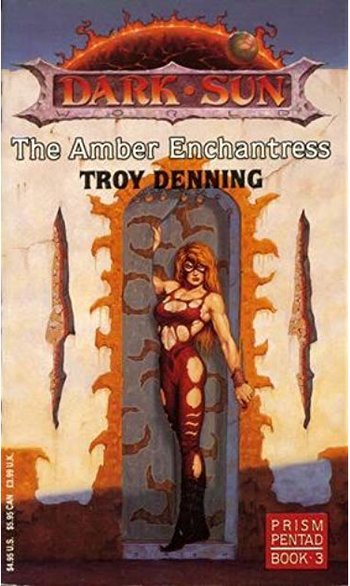 The Prism Pentad is a series of five books written by Troy Denning and set in the world of Athas.

The desertic wastelands of Athas are ruled by the despotic Sorcerer Kings, and Borys, the legendary Dragon, roams in the desert and force the Sorcerer Kings to pay him a tribute of a thousand slaves each year. In this grim land, a small and improbable band of heroes (Agis of Asticles, Rikus the half-dwarf, Neeva the gladiator, Sadira the half-elf and Tithian of Mericles) fights for the freedom of their home town, Tyr. Eventually, their path will lead them to a great battle with the fate of Athas itself at stake.