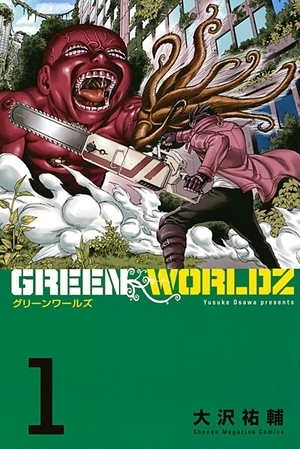 In the year 2017, the vegetation in Tokyo suddenly rose up to apocalyptic levels. Plants began to devour people and completely overtake the land. The few people who were able to escape being turned into literal plant food escaped to the underground subways. Amongst them is Akira, who gets separated from his childhood friend Yui in the chaos. He swears to one day find her, but three months pass with him in the subways unable to do anything.

When a shortage in supplies forces some of the group to travel to the surface, they encounter the amazingly skilled and powerful survivor Iwatobi, who guides them and trains them. Now the fight is on for Akira and co to find a new shelter and supplies, and for Akira to be reunited with Yui. Things will not be easy, however, even with Iwatobi's help, as they will encounter the Hybrid Humans, the monsters responsible for the plant uprising, and a dark hidden potential within Akira that could either be their salvation or destruction...