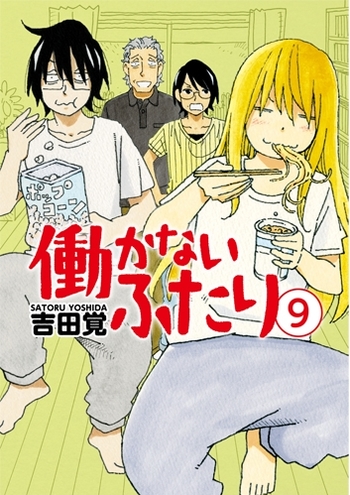 The jobless siblings
"Just a little NEET-talk"
— Mamoru
Hatarakanai Futari (The Jobless Siblings) is a comedy slice of life manga following the adventures of the Isshi siblings, the hikikomori Haruko and Mamoru the NEET. Both siblings usually waste away their days playing video games or learning useless hobbies, much to the rage of their mother, who is always coming with plots to turn them into normal people while their father seems fine with their lifestyle.
Advertisement:

Despite the simple premise it features lots of character development, hidden depths and heartwarming moments by the main characters and their ever-growing cast of friends, the reason as to why they ended like that is still a mystery with only a few glimpses of their life before, despite that they still don't plan to get a job.

The Main characters are: