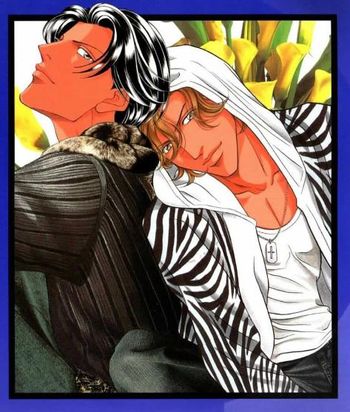 Haru wo Daiteita is a Boys' Love serialization in fourteen volumes of manga and two OVA's as well as a spin-off series of three OVA's, written by mangaka Youka Nitta.

As of July 2010, all 14 volumes of the manga are available for Kindle by Animate USA.