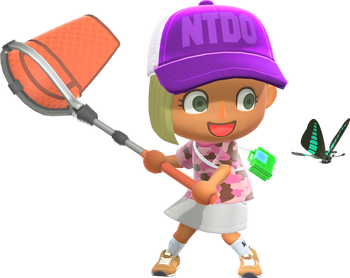 "It's a common bluebottle! I'll put it in a rare green jar!"
A pastime for kids (ages 5-10) to do during the summer. It's kind of like fishing to see who catches the most and release at the end of the day. If the kid doesn't release the bug, it may lead to And Call Him "George"! Bug-catching nets are a must.
Advertisement:

This hobby is mostly a boys' and Tomboy thing since Boys Like Creepy Critters, although there are a few surprises. Extremely popular in Japan.