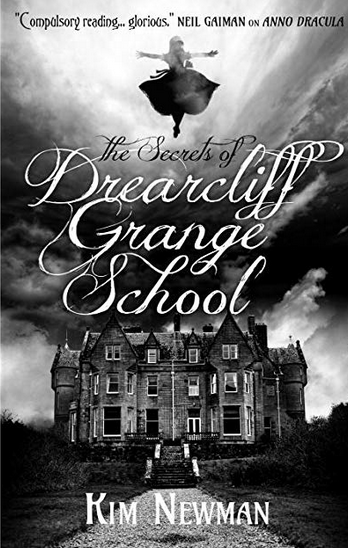 The Secrets of Drearcliff Grange School is a novel by Kim Newman. It's a homage to the girls' Boarding School adventure stories of the early twentieth century, with a fantasy twist: Drearcliff Grange is a school for girls who are... unusual.
Advertisement:

Amy Thomsett is sent to Drearcliff Grange School after she develops a tendency to float in the air when she's excited. Her first term is relatively uneventful, not counting the incident when her roommate is kidnapped by a Hooded Conspiracy and Amy forms a secret society, the Moth Club, to rescue her. Second term brings several changes, and a menace that may threaten the entire world.

The novel is set in the same world as Newman's Diogenes Club series. Part of it was first published as a novella in the collection Mysteries of the Diogenes Club. It was followed by a sequel, The Haunting of Drearcliff Grange School, in 2018.