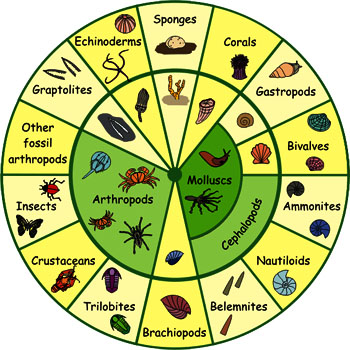 This index is for insects, arachnids, worms, sponges and every other type of creature without a backbone. See The Other Wiki for more information

on this category of animal.