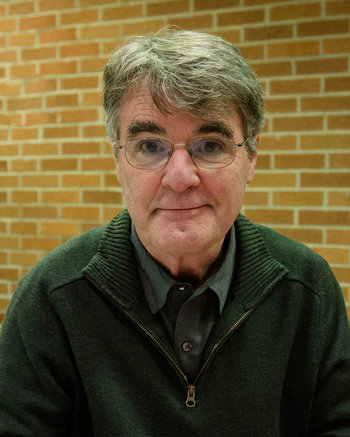 David Macaulay (born 2 December 1946) is an award winning author and illustrator. Born in England, his family moved to America when he was eleven.

His books are known for combining a whimsical sense of humor with a lavish attention to detail, often dealing with subjects such as architecture, archaeology, and technology. For instance, The Way Things Work explains the inner workings of various common appliances, but also shows how they were supposedly developed by angels and sentient woolly mammoths.

Works by David Macaulay with pages on this wiki include:

Tropes in David Macaulay's other works: