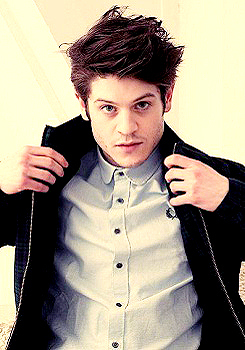 Born 13 May 1985 in Carmarthen, Wales, Iwan Rheon is a Welsh actor and singer/songwriter best known for his roles as Simon in Misfits and Ramsay Bolton in Game of Thrones.

He first came to prominence after playing Moritz Stiefel in the London production of Spring Awakening and winning an Olivier Award for the role.

He has been songwriting since he was 16 and headed Welsh band The Convictions before pursuing acting. He has released 3 EPs - Tongue Tied, Changing Times and Bang!Bang!