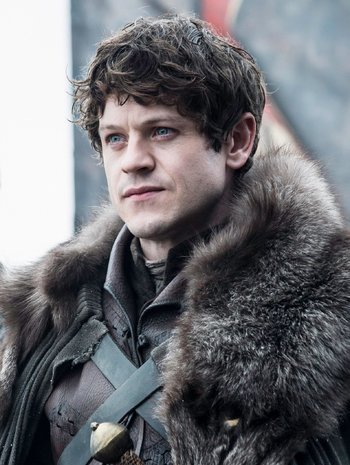 "If you think this has a happy ending, you haven't been paying attention."

Originally named "Snow", Ramsay is the bastard son of Roose Bolton, the lord of the Dreadfort, an ancient fortress in the North of the kingdom of Westeros. The product of a rape, Ramsay is by far the most despicable and malevolent character in the show, being an utterly unrepentant sadist and sociopath. At the start of the series, he remains at the Dreadfort when Robb Stark calls the bannermen to march south, and later marches to besiege Winterfell when Theon and the Ironborn capture it in Robb's absence. However, the game of thrones end up making the bastard rise higher than anyone could imagine...