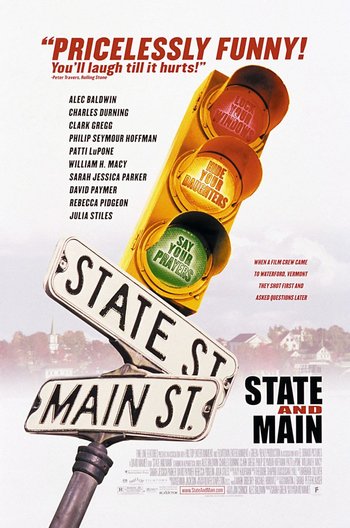 "Everybody makes their own fun. If you don't make it yourself, it ain't fun. It's entertainment."
— Ann Black
Advertisement:

It's basically a meta movie about the Horrible Hollywood filmmakers who descend on a hapless Vermont town and wreak various types of havoc.