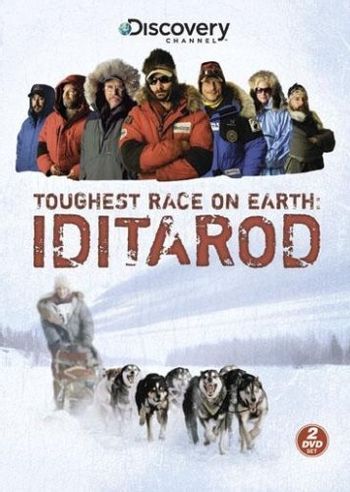 Snow Dogs this ain't.
Iditarod: Toughest Race on Earth was a Discovery Channel reality series about the 2008 Iditarod Sled Dog Race. The Iditarod runs from near Anchorage to Nome in Alaska, traveling over a thousand miles. The show follows the competitors as they struggle to make it to Nome through the harsh and desolate Alaskan winter, mostly allowing them to tell their stories in their own words. Along the way, they battle the elements, their competitors, and their own inner doubts and fears.

The series spotlights several veterans of the race, whose goal is victory:

It also focuses on a few rookies, whose goal is to finish: