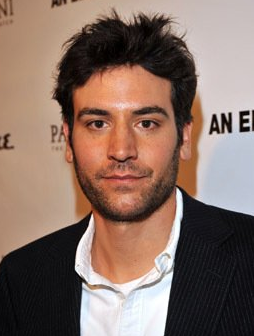 Joshua Radnor (born July 29, 1974 in Columbus, Ohio) is an American actor best known for his role in How I Met Your Mother as the lead character Ted Mosby. He had several other minor roles on TV and in movies before making his debut as a director with the award winning 2010 film Happythankyoumoreplease, eventually moving on to direct the 2012 film Liberal Arts. He also frequently acts on Broadway, making his 2002 debut in the stage version of The Graduate.