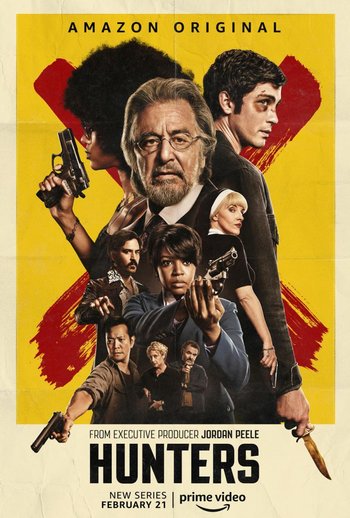 Hunters is a 2020 television series, created by David Weil, starring Logan Lerman and Al Pacino and produced/distributed by Prime Video.

The show is about the exploits of a group of Nazi hunters in New York City in 1977, headed by Meyer Offerman (Pacino), a wealthy businessman and Holocaust survivor. Lerman stars as Jonah, a young Jewish man who, upon witnessing the murder of his grandmother, is introduced into this world and the role she played in it.

It was renewed for a second season.