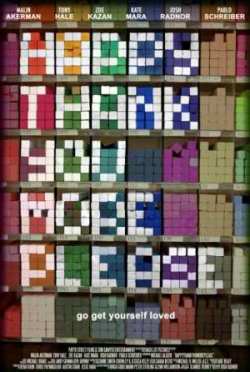 It tells the story of a group of six young New Yorkers, struggling to balance love, friendship, and their encroaching adulthoods.

Sam Wexler (Radnor) is a struggling writer who's having a particularly bad day. When a young boy gets separated from his family on the subway, Sam makes the questionable decision to bring the child back to his apartment and thus begins a rewarding, yet complicated, friendship. Sam's life revolves around his friends - Annie (Akerman), whose self-image keeps her from commitment; Charlie (Schreiber) and Mary Catherine (Kazan), a couple whose possible move to Los Angeles tests their relationship; and Mississippi (Mara), a cabaret singer who catches Sam's eye.

The film premiered at the 26th Sundance Film Festival in 2010, where it won the 'Audience Award' and was further nominated for the 'Grand Jury Prize'. On March 4, 2011 it was released in theaters throughout Los Angeles and New York.