Film / Me and Orson Welles 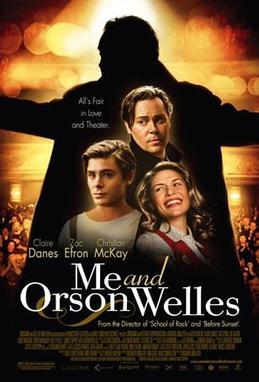 Me and Orson Welles is a 2009 American film directed by Richard Linklater about the life of a high school student, Richard, who gets a part in Orson Welles' production of Julius Caesar at the Mercury Theatre. While working on the production, he falls in love with Sonja Jones, the production assistant. Drama ensues. It is based on a novel with the same name.