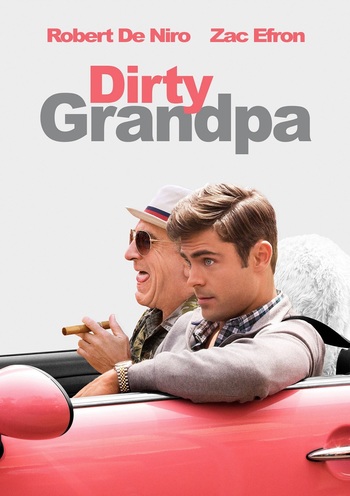 Jason's (Efron) grandmother has just passed away, leaving behind his grandfather Dick (De Niro). He asks Jason to drive him down to Florida as a personal favor, despite currently being overwhelmed with wedding planning. It turns out that this trip to Florida is actually a Quest for Sex, since Dick is now single and free for the first time in decades, Hilarity Ensues as Jason tries to keep his grandfather in line, while keeping the whole thing hidden from his Control Freak fiancee, Meredith.

Not to be confused with Bad Grandpa.