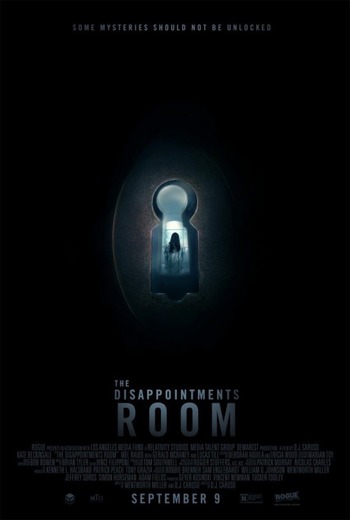 Some mysteries should not be unlocked.
The Disappointments Room is a 2016 horror film directed by D. J. Caruso of Disturbia fame and written by Wentworth Miller, starring Kate Beckinsale.
Advertisement:

Dana (Beckinsale) is an architect who moves to an old house with her husband David (Mel Raido) and her son Lucas (Duncan Joiner) in an attempt to restart their lives after the death of her baby daughter. However, she starts hearing strange noises in the attic, which leads her to discover an old locked room.

The Disappointments Room provides examples of: