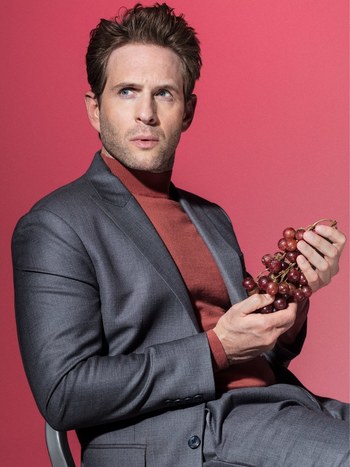 You won't refuse to describe Glenn Howerton here......because of the implication.

Glenn Franklin Howerton III (born April 13, 1976 in Japan) is an American actor, producer, and screenwriter. He is known for his role as narcissistic, sociopathic lech Dennis Reynolds on the FX dark comedy series It's Always Sunny in Philadelphia, for which he is also a writer and executive producer.

He is also a graduate of the Julliard School's Drama Division.