Film / The Indian in the Cupboard 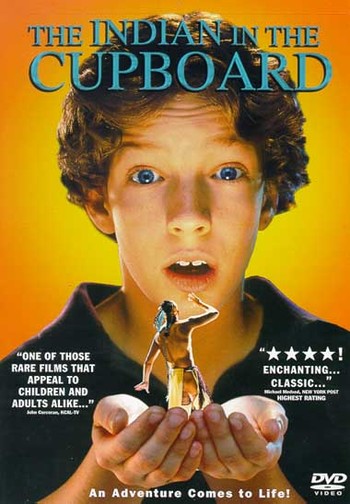 The Indian in the Cupboard is a 1995 film adaptation of the book series by the same name, directed by Frank Oz. The story follows the first book, documenting Omri's acquiring the cupboard and his initial encounters with the magic it contains.