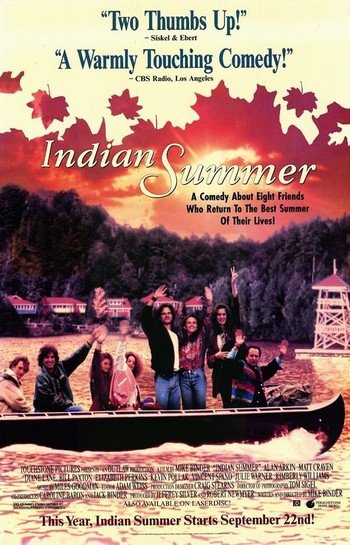 A Comedy About Eight Friends Who Return To The Best Summer Of Their Lives!
— Tagline
Advertisement:

Camp Tamakwa owner, Unca Lou Handler (Alan Arkin) invites seven best friends, one of whom engaged to a 21-year-old, to spend a week at their old summer camp. While at Camp Tamakwa, the former campers reminisce about their adolescence at summer camp and revert back to their childhood days.