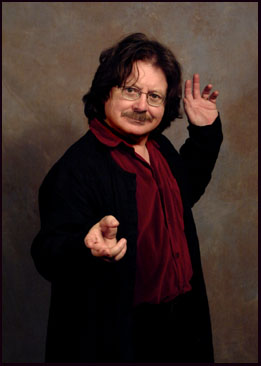 After the rise of Fantasy Art in the Seventies with notable figures like Frank Frazetta and Boris Vallejo, the cladistic tree of it grew and branched into subgenres, one such subgenre was Faerie Art. Brian Froud is Faerie Art.

Most people will recognize him for his work on the films Labyrinth and The Dark Crystal, in which his concept art provided the foundation for the extensive Worldbuilding seen in those films. His son Toby appeared at age 2 in Labyrinth and would go on to become the design supervisor of The Dark Crystal: Age of Resistance.

Froud's homepage can be found here

Not to be confused with the Canadian voice actor of the same name.