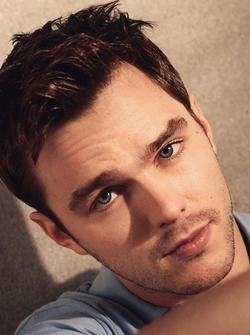 Nicholas Caradoc Hoult (born 7 December 1989 in Wokingham, England) is an English actor. As a child actor, his first breakthrough role was Marcus Brewer in 2002's About a Boy with Hugh Grant. He's since moved onto more adult roles, starring as Tony Stonem on Skins, Beast in 20th Century Fox's X-Men Film Series, and Nux in Mad Max: Fury Road. He is also well-known for being the ex-boyfriend of Hollywood megastar Jennifer Lawrence.