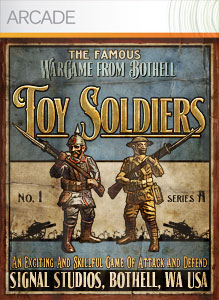 Trench warfare has never been so fun! 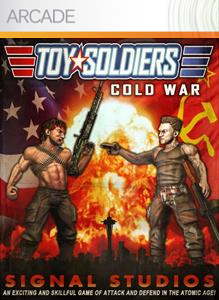 The Cold War has never been so hot!
"YOU WANTED A WAR? YOU GOT A WAR!"
— The Commando from Cold War
Advertisement:

Toy Soldiers is series of Tower Defense games developed by Signal Studios, but with a twist. You can assume direct control of turrets, mortars, flamethrowers, chemical sprayers, vehicles, or special power-ups.

Not to be confused with the 1991 film of the same name.