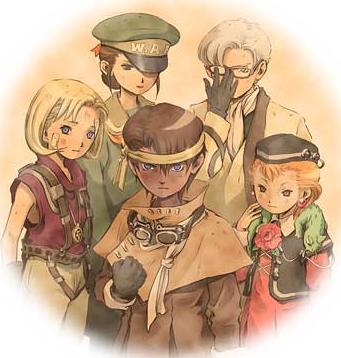 All that stands between the Government Conspiracy and freedom
Advertisement:

Progear (2001) is a Bullet Hell Shoot 'em Up by Cave with artwork by "Joker" Junya Inoue. It is Cave's first Horizontal Scrolling Shooter, and one of three Capcom-distributed Bullet Hell games to be programmed on the venerable CP System II hardware (the other two being Takumi's Giga Wing and Mars Matrix).