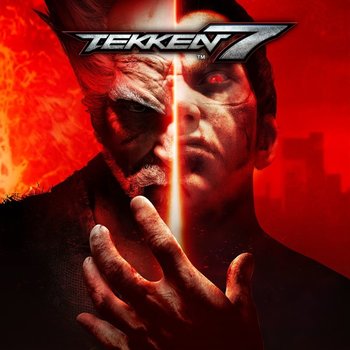 The best fights are personal.
Advertisement:

Tekken 7, also known as Tekken 7: Fated Retribution, is 3D fighting game that hit Arcades in 2015 before being ported over to PlayStation 4, Xbox One and PC in 2017. It's the seventh mainline entry in the Tekken series. It is stated by Katsuhiro Harada to be the Grand Finale of the Mishima Zaibatsu Arc that's been ongoing since Tekken all the way back in 1994, though it's not the end of the series as a whole.

7 introduces Rage Arts and Power Crush. The former deals out a devastating attack after while in a critical state, the latter allows one to continue attacking their opponent while receiving damage.

The game has sold over six million copies during its lifetime.

Get ready for the next tropes:

"A fight is all about who's left standing. Nothing else."