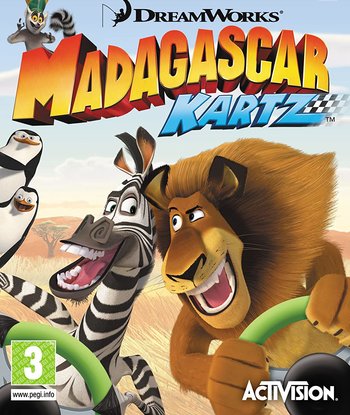 Who likes to move it, move it?!
Madagascar Kartz is a Mascot Racer spinoff of the Madagascar franchise, featuring characters and tracks from the first two movies. One day, Alex, Marty, Gloria, and Melman decided to hold a race around the jungle, only to catch King Julian's interest. Enthralled with the concept of speed, Julian decides to hold a tournament to determine who's the fastest. That's the plot.