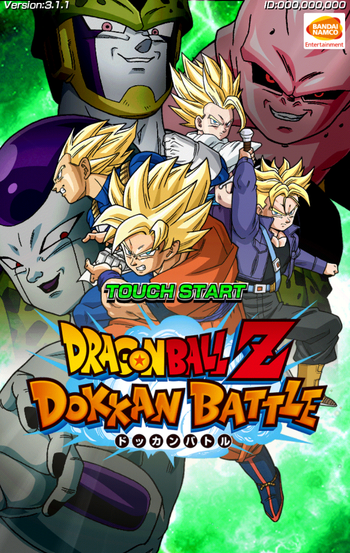 Dragon Ball Z: Dokkan Battle is a Gacha game by Namco Bandai released on both iOS and Android. based on the Dragon Ball franchise.

A mysterious force has gathered the Dragon Balls and has made a major wish - for all the fighters in space/time to gather to see who the strongest is. Aided by Future Trunks and King Kai, the player seeks to find out who did such a thing and fix things before they get bad.