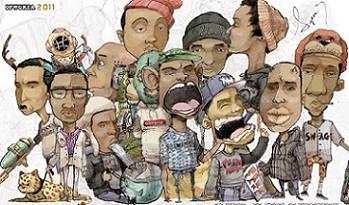 Odd Future Wolf Gang Kill Them All, often abbreviated as OFWGKTA or Odd Future, was a music/skateboarding/artist collective out of Los Angeles, California, active from 2007 to 2018.

The main members were Tyler, the Creator (the de facto leader), Hodgy Beats, Earl Sweatshirt, Domo Genesis, Mike G, Frank Ocean, Left Brain, Matt Martians, Syd tha Kyd, Jasper "Dolphin" Loc and Taco Bennett. The group itself consisted not only of hip-hop and R&B artists but also skaters and other traditional artists; Tyler gave an estimate of 60 members total, all ranging in age from 17 to 25 at the group's formation.

There were also multiple groups inside the collective:

The group’s net-based promotion also produced a staggering amount of individual tracks, including an R&B parody song called "Love in Da Mall" by T.T.D.D. (Tyler, Taco, DeVon (Jasper) and Domo Genesis) and a parody of Lil B by Young Nigga (a.k.a. Tyler in a wig) called "Come Threw Looking Clean".

Their DIY ethos, Internet presence, and rebellious, no-fucks-given attitude garnered a sizable cult following, notoriously passionate fanbase, and steady blog/magazine press, first blowing up in popularity in 2011 following the success of Tyler and Frank, then again in 2013 following that of Earl. Tyler would end up winning the 2011 MTV Video Music Award for Best New Artist (for his viral "Yonkers" video), and Frank a Grammy Award for Best Urban Contemporary Album (for his debut album channel ORANGE).

In late 2011, it was announced that the group would be getting their own live-action show; the end result, a sketch comedy/prank show titled Loiter Squad, aired for two seasons from 2012 to 2014 on Adult Swim, produced by Jackass producers Dickhouse.

In 2015, a photo posted by Tyler to Twitter with the caption "Although it's no more, those 7 letters will remain forever" led many to believe that the collective was splitting up. Tyler eventually chalked the reactions up to a misunderstanding, although they were heightened by further evidence of storms brewing amongst the group members. They confirmed in 2016 that they were still together, and one-off instances did occur of members reuniting, but between the radio silence from them afterwards, Tyler making references to the end of the group in his music, and him outright stating in 2020 that the members' styles had grown too different for another Odd Future album to be feasible, all signs effectively point towards the group being over and done with.

In the years since, many have retrospectively deemed Odd Future an essential act of 2010s hip-hop in terms of their influence on music and fashion, with later groups like BROCKHAMPTON explicitly citing them as inspirations.

Because of the sprawling nature of this group, we've split up each artist and group within the collective into manageable entries below. Some of the members now have their own separate articles which can directed from here.

open/close all folders
Tyler, the Creator 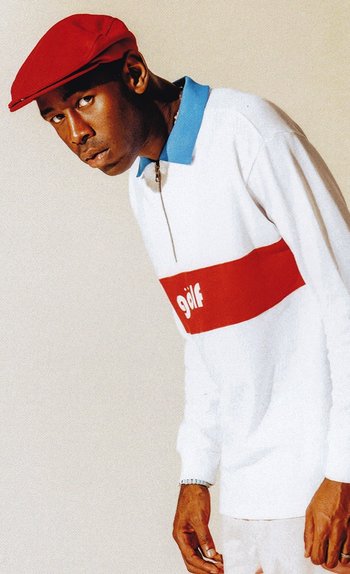 I cut off some friends, where they go?
Tyler, the Creator

De facto leader and, as his name suggests, creator of Odd Future. Tyler (aka Ace Creator, Wolf Haley, Young Nigga) saw the talents he and his peers had after years of being friends and decided to form a group where they could make their own rules. His song "Bastard" explicitly states, "I feel we're more talented than 40 year old rappers talking about Gucci when they have kids they haven't seen in years." Tyler's interest in music started at a young age, when he would design his own albums with cover art and tracklistings. By fourteen, he was teaching himself how to play the piano and by fifteen, he was producing his own music.

Tyler's chiefly influenced by horror films and the slick electro funk of The Neptunes, and it shows. A sizable portion of Tyler's output is autobiographical, referencing his missing father, being used in a rebound relationship and his confessional thoughts on his own life. The rest of his work incorporates elaborate storytelling scenarios involving tales of rape, murder and substance abuse. The latter part has gotten him in trouble with advocacy groups and the press, with no help from Tyler's tell-it-like-it-is demeanour and general wackiness. He famously told lesbian rock band Tegan & Sara to call him if they needed "some hard dick" after they called him out on his language. Tyler went on record early in 2012 to say that the latter elements of his style no longer interest him.

In early 2013, Wolf was announced for an April 2nd release date, and shortly thereafter the video for the first single, "Domo 23", was posted. 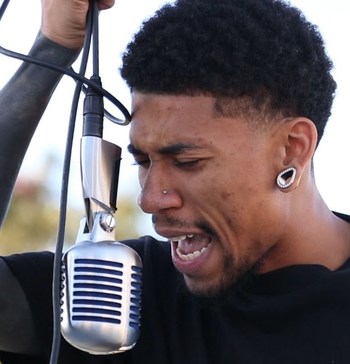 I know that I'mma remain the same.
Hodgy

Formerly known as Hodgy Beats, this rapper exhibits a mellow, unsure delivery, Hodgy's rapping style hardened to a more aggressive style while working with producer Left Brain as the group MellowHype. Has a rather distinctive laugh that is heard across many tracks. He also has a good singing voice and has used it on several tracks, including Tyler's "Analog" and Domo Genesis' "Drunk". 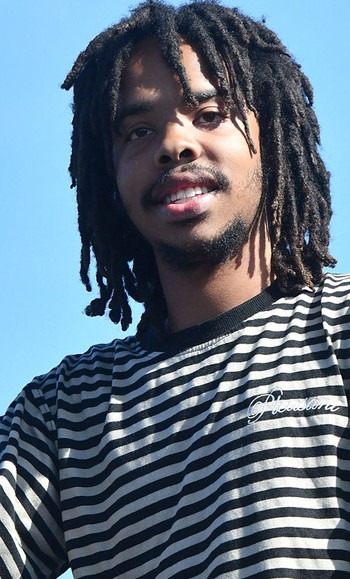 One of the most prodigious members of the group, Earl Sweatshirt (aka Sly Tendencies and Early Man) is the son of famed poet and political activist Keorapetse Kgositsile. His lyrical content is the most vitriolic and gruesome of the bunch, constantly featuring wanton murder, rape, necrophilia and cannibalism. Despite this, his impressive and inventive uses of wordplay, double entendres and multi-syllabic rhyming have garnered considerable critical praise.

Earl managed to squeeze out one album and a handful of collaborations before mysteriously disappearing. Eventually, Complex magazine found him in a boarding school in Samoa (his mother's government job involved her working there for some time.) Odd Future refused to comment on the situation, though Tyler expressed worry over fans coming after Earl's mom for sending him there. Earl's mother also refused to allow additional songs featuring Earl to be released. Earl's disappearance prompted the chanting of "Free Earl" in concerts and in songs.

Early 2012, Earl arrived back in the United States.

He officially made his return on the songs "Home" and "Oldie", and made his return performance at a New York show in March 2012. In a recent interview, Earl confirmed that he was sent to Samoa but only because he was "doing some bad stuff at the time" that was entirely unrelated to his rapping. Earl's lyrical content changed drastically after his return: he excised all of the horrorcore elements and traded those for even more amazing lyrical skills.

Earl announced his Doris album in late 2012 before dropping the video for the "Chum" single. Another single, "Whoa" (with Tyler on the hook) followed in March of 2013. After much waiting, anticipation, and plenty of delays, his studio debut album Doris was released in August 2013 to critical acclaim, followed up by the near-surprise release of I Don’t Like Shit, I Don’t Go Outside in 2015. In 2018, he released Some Rap Songs to continued acclaim, with praise for it's lo-fi, experimental production and deeply personal lyrics.

See here for tropes regarding him.
Frank Ocean 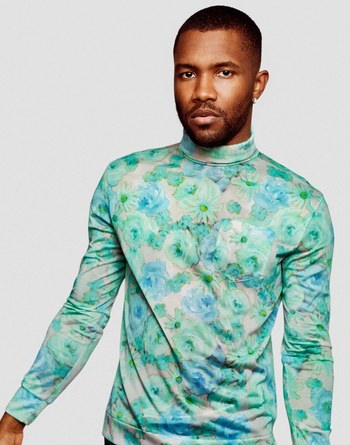 Frank Ocean is an R&B singer-songwriter originally from Louisiana who began writing music professionally in 2005 under his birth name of Christopher Breaux (aka Lonny Breaux.) His records focus mainly on interpersonal relationships, personal reflection and social commentary. He met Odd Future and Tricky Stewart in 2009 through his business connections, the latter of which got him signed to Def Jam. When Def Jam would not release nostalgia, ULTRA., he released it as part of Odd Future's label online, generating considerable interest in Ocean's talents. Some of his clients include Kanye West and Jay-Z (who featured him on their collab album Watch the Throne), Beyoncé (whose song "I Miss You" was written by him), Justin Bieber, John Legend and Brandy. Ocean also is proficient in rapping and has done so on some Odd Future songs. Several fans didn't notice that the first verse on Tyler's "She" was him rapping, for instance.

On July 4, 2012, after being questioned about some of his new lyrics, Frank revealed that his first and deepest love had been for a man. Hip-hop's always been a little homophobicnote Tyler himself has admitted that he loves using "faggot" because it's one of the easiest ways to troll people, so this was a big deal - made even bigger by the fact that the industry rallied behind Frank and his music as a result.

Frank's official debut (channel ORANGE) dropped in July 2012. With stellar reviews and sales, it's cemented his status as the freshest thing to happen to R&B and hip-hop in a long time.

See here for tropes regarding him.
Domo Genesis 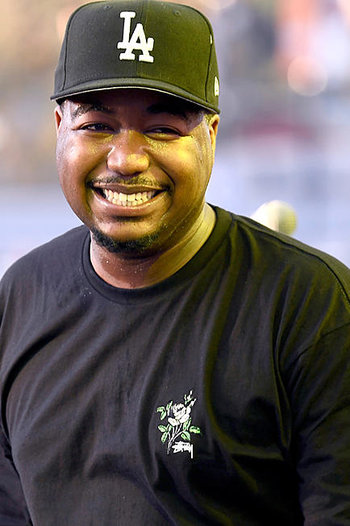 I'm gonna let your love burn, cause I need it.
Domo Genesis

Rapper with an affinity for marijuana. 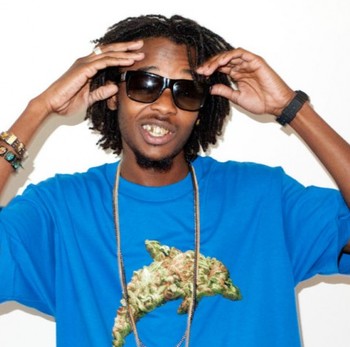 What the fuck is caution?
Mike G

Laidback rapper with a respectable flow. Produces chopped and screwed remixes on the side, including remixing the entirety of Tyler's Bastard. 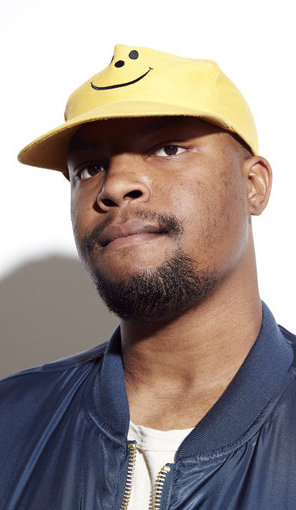 Every time I think I found the one, something always goes wrong.
Matt Martians

Matt Martians is Odd Future's go-to guy for instrumental hip hop with a decidedly psychedelic bent. When lyrics are employed, they usually revolve around women or outer space. Martians has headed two projects within OFWGKTA: The Super 3, featuring himself and either Hal Williams, or Betty Vasolean and Yoshi Jankins, Jr. (the internet is a bit fuzzy about this); and The Jet Age of Tomorrow with Hal Williams. Williams and Martians have also used the name Dem Acura Boyz. As a result, Martians is one of the most prolific member of the collective.

The Jet Age of Tomorrow Discography:

Matt Martians and his projects provide examples of: 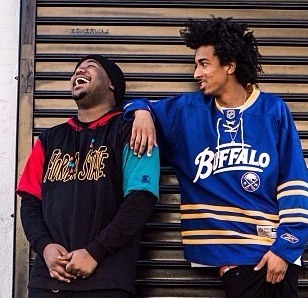 By the way, we do punch bitches.
Taco Bennett and Jasper Dolphin

Two friends of Tyler's who happen to appear on a handful of songs. Neither has much skill in writing lyrics, but that doesn't necessarily stop them from trying. They have admitted to not doing much else and work very much like hype men during live performances. Jasper is one half of I Smell Panties, while Taco is one of the group's photographers. Taco is also OFWGKTA engineer Syd tha Kyd's younger brother and their house is used as the group's recording studio. Tyler, the Creator has thus far had both of them appear on one song off of each of his albums.

Taco and Jasper provide examples of:

I Smell Panties provides examples of: 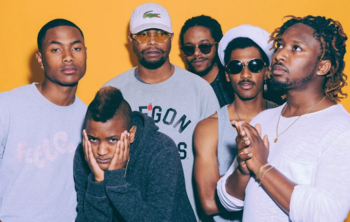 If anybody slows down, it's a problem.
The Internet

It should be noted that, despite their listed specialties, each member will play a variety of instruments on their studio recordings.

The Internet provides examples of:

a "sub-clique" within OFWGKTA that consists of some of the "other 40 or so" members of the group making rap music. They are officially a part of Odd Future, but rarely interact with the rest of the group outside the odd production credit. The group consists mainly of Jack Mushroom, Trizz, and Skoolie 300.

OFWGKTA as a whole provides examples of: