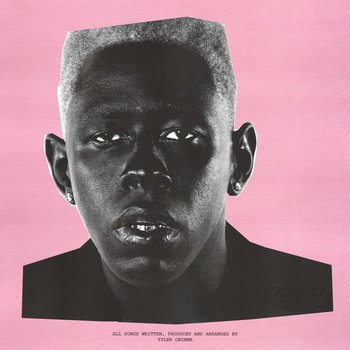 I don't know where I'm goin', but I know what I'm showing.

IGOR is the fifth studio album by Tyler, the Creator. It was released on May 17, 2019. The album features notable artists like Kanye West, Cee Lo Green, and Solange. The album follows Igor, who plays with the trope of the same name, as he falls in and out of love with a close friend. The album marks a shift in Tyler, The Creator's style. Rapping is undoubtably his strength, but the album stands more on pop and R&B-like vocals. It makes use of repetition and synths to help carry the listener through Igor's journey.

IGOR was released to widespread critical acclaim. Critics praised it for its narrative and ability to convey a range of emotion. The album debuted at number one on the Billboard 200.