Series / The Heart She Holler 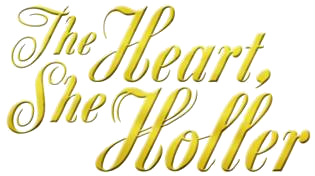 "Somebody described it as, 'Hee Haw, if David Lynch directed it.'"
—Patton Oswalt
Advertisement:

From PFFR, the creators of Wonder Showzen, Delocated and Xavier: Renegade Angel, The Heart, She Holler is a live-action Series on Adult Swim, which started as a 2011 miniseries (though it only totaled 66 minutes). Described as a "Southern Gothic drama," the show chronicles the machinations of the Heartshe family after the death of their patriarch, the mayor of the town of HeartShe Holler, "holler" being a Southern colloquial version of "hollow". A second season came out in 2013, and a third the following year; this third season had an overarching plot about an approaching event called the Comening, which could destroy the Holler, and maybe the world.