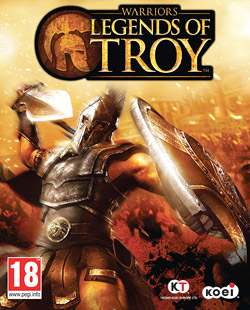 Warriors: Legends of Troy is a distant spin-off of the Dynasty Warriors line of games produced by Koei Tecmo, set during The Trojan War.
Advertisement:

The game may feel like another entry in the Hack And Slash department, but its storyline and character decor shine thoroughly.