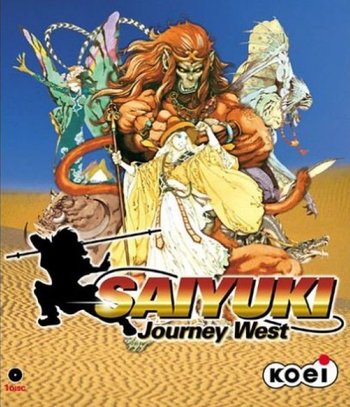 Saiyuki: Journey West is a 2001 Playstation Strategy RPG by Koei, based on Journey to the West and heavily inspired by Final Fantasy Tactics.
Advertisement:

You play as the monk Sanzo (Xuanzang, though you can choose Sanzo's gender) on an adventure loosely inspired by Journey to the West.