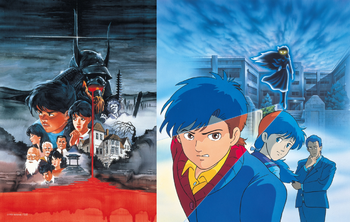 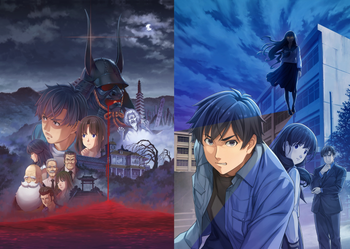 Famicom Detective Club is a series of adventure games originally created by Nintendo for the Famicom Disk System in the late 1980s. Inspired both by seminal adventure game The Portopia Serial Murder Case, as well as the horror films of Dario Argento, the various entries were produced by Gunpei Yokoi and written by Yoshio Sakamoto of Metroid fame, having originally written them in novel form before development started in earnest.

The series consists of the following entries:

The Missing Heir has the player as an amnesic assistant detective in the Japanese countryside investigating both his missing memories and a string of mysterious deaths, starting with that of Kiku Ayashiro, the matriarch of a wealthy family within the community. The Girl Who Stands Behind is a prequel taking place in a suburban town, and has you attempt to figure out the connection between the death of a high school freshman, a murder case from a few years ago, and a local urban legend surrounding the high school. Lost Memories in the Snow has the player in the role of recurring character Ayumi Tachibana, as she takes the lead in investigating a new murder case in order to prove her mother's innocence.

The Girl Who Stands Behind was remastered for the Super Famicom in 1998 through the Nintendo Power rewritable cart service, with the original duology also seeing various re-releases on the Game Boy Advance and Virtual Console. Like the vast majority of Satellaview games, the third game has not seen any rerelease since the ending of the service, though footage of the game's chapters have been recovered and uploaded to Nico Nico Douga in the years since. Additionally, of all the three games, the Super Famicom version of The Girl Who Stands Behind was the only one to receive a Fan Translation, using the subtitle The Girl in Back.

The original duology would finally see an international release when the games were remade for Nintendo Switch. Developed by Mages (formerly 5pb.), best known for their work on the Science Adventure Series Visual Novels, the remakes were released globally on May 14, 2021. The English trailer for the remakes can be viewed here

. Prior to this, the only presence the franchise had in Western territories was through Ayumi Tachibana's cameos in the Super Smash Bros. and Super Mario Maker series.