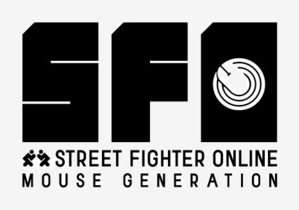 After 8 years, the thought to be dead Street Fighter franchise started showing signs of life. Obviously, this was from the 2007 announcement and July 2008 arcade release of Street Fighter IV, but there was another entry in the series that released around the same time.

Street Fighter Online: Mouse Generation was a Japanese exclusive Fighting Game developed and published by Daletto, a joint subsidiary of Capcom and Games Arena (itself a subsidiary of the game publisher, Dwango) released on July 2008 for PCs. Considered a non-canon, Spin-Off entry into the series, SFO is far and away the most different offering in the game's entire lineage bar Street Fighter 2010.note Which wins out for not being a fighter, not technically having any street fighters in it and being set 20 Minutes into the Future.

The key difference of the game is the controls, which were done on a mouse instead of a controller. Moving the mouse a horizontal direction, moves the character in said direction, moving the mouse up has the character jump, the left and right buttons are punch and kick respectively and the scroll wheel in the center of the mouse activates the Super Combo. While the game has a bit more depth than it lets on note especially with beta-testers requesting more gameplay options like guarding and throwing the April before the release, it was created the way it was so new and causal gamers can get into it without adding everything that made the Street Fighter series the advanced, hardcore gaming, big time tournament, juggernaut it has become since Street Fighter III 3rd Strike.

The next big thing players will notice about the game is it's more of a Capcom vs. Massive Multiplayer Crossover than an actual Street Fighter game. Along with Ryu and a handful of World Warrior stalwarts, there is also Shin, an Original Generation Canon Foreigner who is the only new character in the game, Batsu and Akira from Rival Schools, characters from the novels of Jin Yong, the Metal Hero Space Sheriff Gavan, "Demon King" Johannes Krauser II from Detroit Metal City and several cyborgs from Cyborg 009. Also, because the toy company Kaiyodo was created figures of certain characters for their Revoltech toyline, the characters looked like full motion action figures in part to promote them.

These characters can have their body parts customized from their heads, arms, legs, and chests to make characters with different abilities and moves. New parts, most of which are sold in sets can be purchased from vending machines (notably Gashapon machines) in game with Game Points (in-game currency) or SFO Cash (itself obtained with real money. One of these sets has Ryu change into former Unites States President Barack Obama. These sets are exclusive to Shin and the Capcom and Jin Yong characters only.

Sadly, the game went offline on August 31st for unknown reasons. Despite this, Street Fighter Online made its mark on video game history.