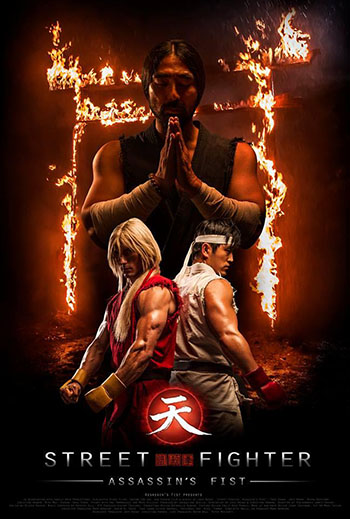 A new origin.
Street Fighter: Assassin's Fist is a web video series based on the fighting game series, Street Fighter. It depicts the training of Ryu and Ken, the franchise's original protagonists, as they uncover the past of their master, Gouken, and learn the dark secrets of their martial art, Ansatsuken.
Advertisement:

The full series, which was produced with the help of Capcom themselves, debuted on Machinima on May 23, 2014, and can be found here

The sequel, Street Fighter: World Warriors, is currently in production. But as of February 2020, it's halted.