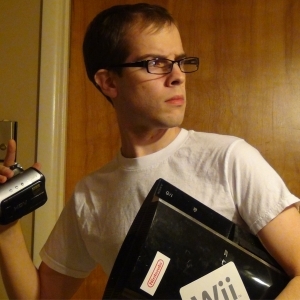 Watch a video, laugh a little.
Storm Dain Productions is a YouTube channel run by Storm Dain. Initially he made reviews for games on the Wii on a site called Wii.TV, but after his Manhunt 2 video, decided to call them Adventures, as the review had gone too off topic. His videos are humorous in nature and filled with many sketches. He often loses subscribers because of the things he says, such as insulting Rock Band and BioShock, making him a polarizing kinda reviewer.
Advertisement:

His videos can be found here