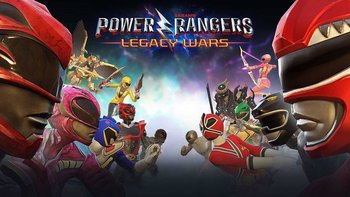 In the reboot movieverse, Rita Repulsa is setting out to take revenge against the Rangers. She's found a way to enter the Morphing Grid and seeks to ravage it to strike out against Rangers throughout space/time. Recruited by Zordon and given "Zeo Shards", you recruit heroes and villains throughout the series' 25 years and battle others to stop Rita's threat.

In July 2018, it was revealed that a tie-in short film would be released towards the end of 2018 for the game, telling the story of how Bison and co (of Street Fighter fame) got into the Morphing Grid in the first place, and is being produced by Bat in the Sun alongside veteran Power Rangers actor Jason David Frank. The short will see JDF join the BitS cast along with other PR alumni and feature the unveiling of the Crimson Hawk Ryu Ranger, Ryu's ranger form. Trailer here