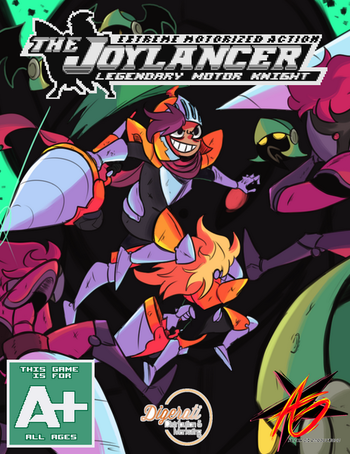 The city of Antoria, home of the Motor Knights, is under attack by the Roselian army. Instead of waiting for official orders, Joy Lantz uses her motorized lance to face the army and head for the heart of the city to challenge and defeat the leader, King Rosell.
Advertisement:

Joylancer: Legendary Motor Knight is a side-scrolling fast-paced action platformer developed by alpha six productions. It was released on Steam Early Access on November 7th, 2014, and remains there today. The home page can be found here [1]