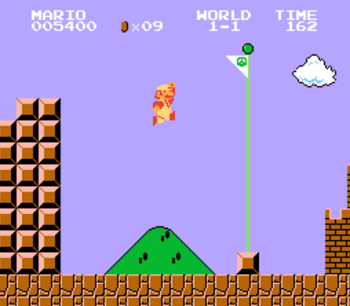 FLAG IS WIN
— Baba Is You
Advertisement:

The way to mark a definitive end to a videogame level without a Boss Battle. Are often locked at first, or simply inactive until you do something. They can assume the form of doorways, portals, switches, or just unrelated items floating in mid-air as markers.

Usually (but not always) an Instant-Win Condition.